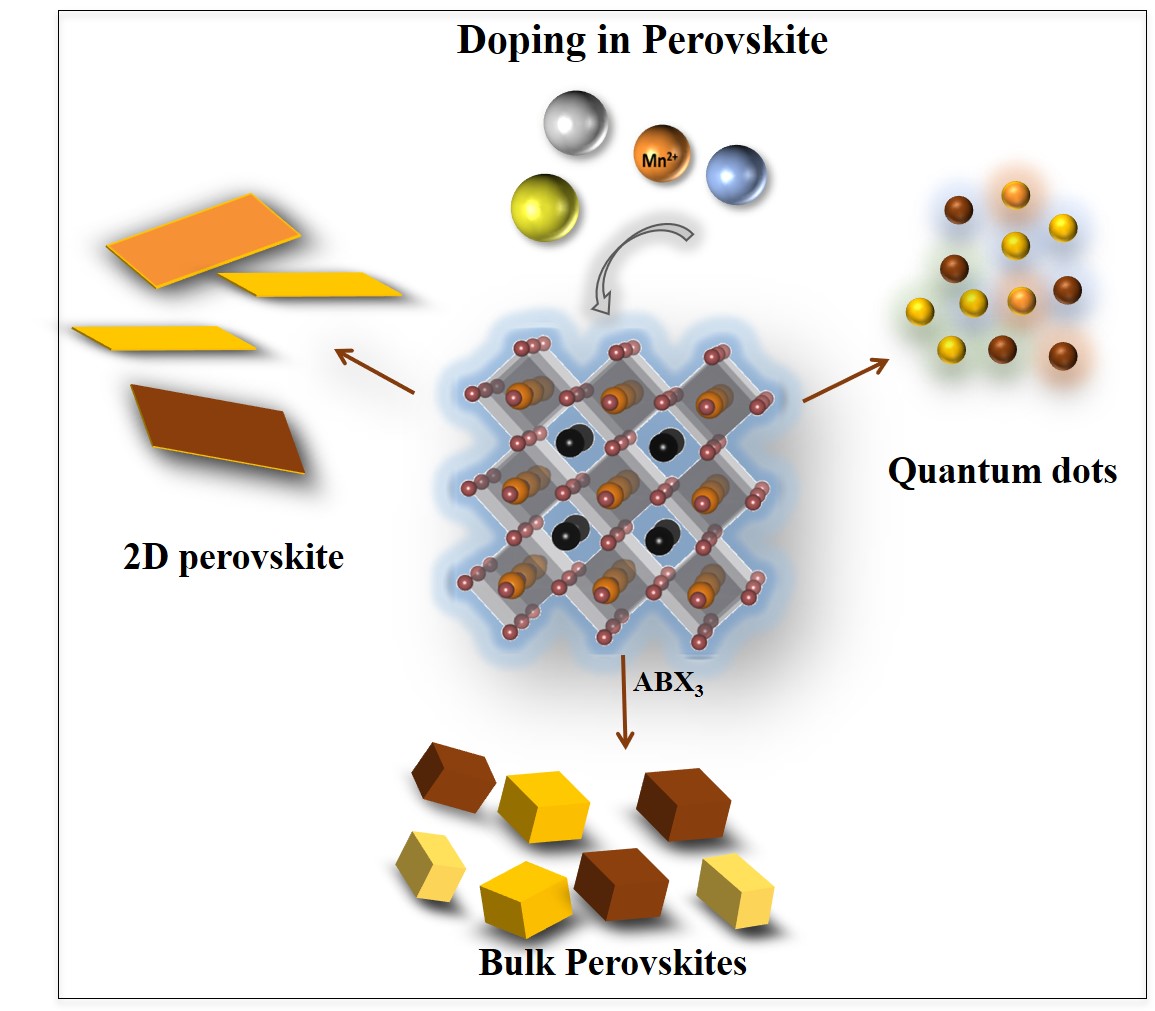 Over the past several years, lead halide perovskites (ABX3) have been explored in various applications such as solar cells, light emitting diodes, photodetectors, and field effect transistors due to their exceptional optoelectronic properties. In particular, the LED field is emerging, and within the last two years, green and red perovskites LEDs reached EQEs over 20%, which are near the maximum achievable theoretical efficiencies. The blue LEDs, however, are progressing slowly due to the poor properties of perovskites in this spectrum. In addition to this, the operational and color stability of these LEDs is very poor and far behind the commercial requirements.

Recently, we observed that the photoluminescence quantum yield of blue nanocrystals is enhanced upon doping the perovskite with Mn2+ ions. Here we aim to understand the effect of doping in perovskites 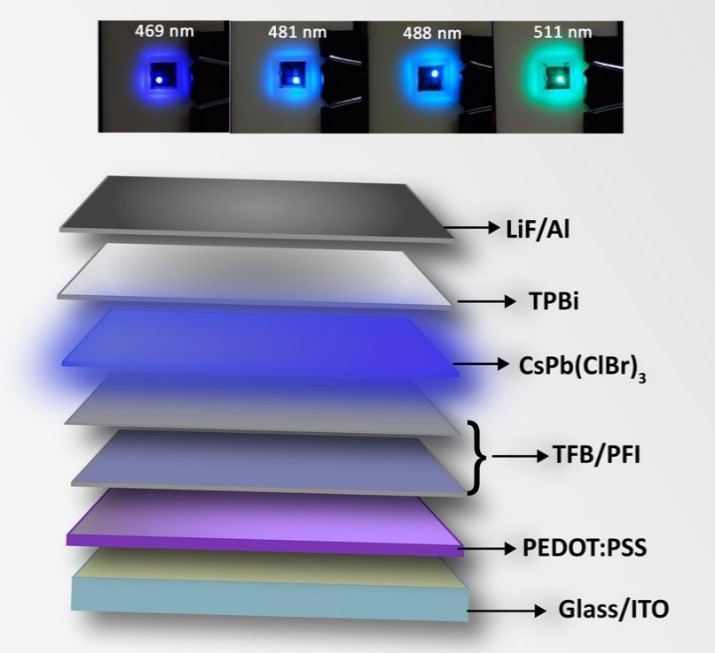 The efficiency of a LED depends on the quality of the emissive layers and the charge balance in the device. To achieve an efficient LED, equal number of electrons and holes must meet in the emissive layer and recombine radiatively to emit photons. Balancing the number of electrons and holes becomes more and more challenging as we move from red/green LEDs to blue LEDs.

Here, we aim to address several challenges by device engineering

1. Enhancing charge carrier balance in the emissive layer by engineering the architecture.

2. Tuning electronic properties by employing dopants in the perovskite layer. 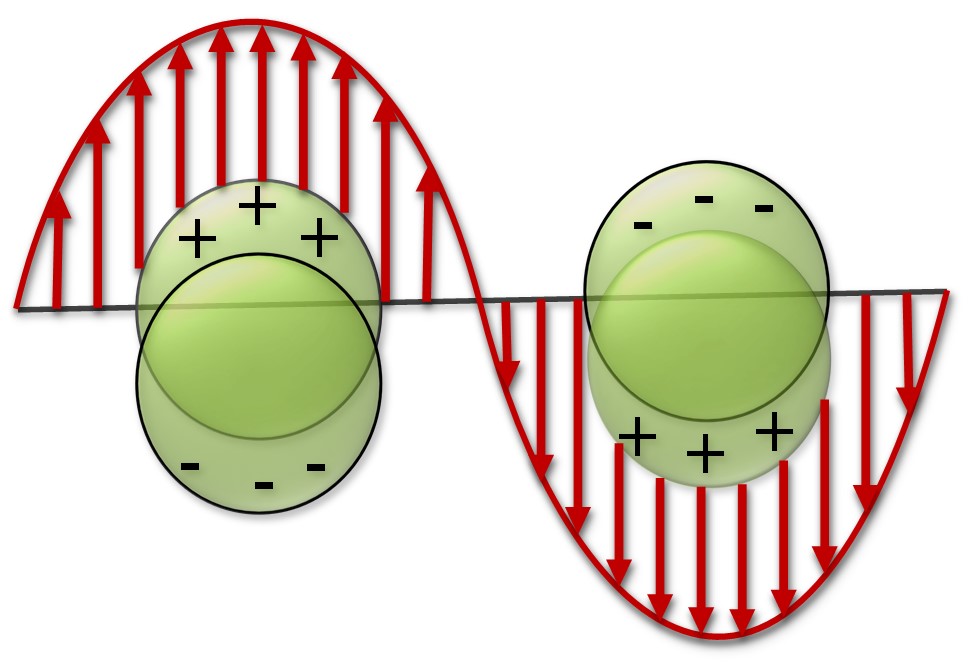 Plasmonic metal nanoparticles have emerged as attractive light trapping systems in wide range of applications. Upon interacting with light, the electron gas in their conduction band oscillates with the frequency of incoming light. This oscillation is called a surface plasmon resonance (SPR). These oscillating electrons preserve enormous amount of energy, which then dissipates into various other forms of energy such as heat, hot-electrons and photons during their relaxation process. Each form of energy has been used in variety of applications including photocatalysis, photovoltaics and photodynamic therapy.

Here, our  goals are